WtP: Unit 6 — The Role of the Citizen 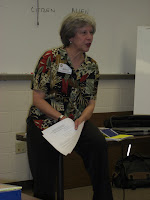 Sue was introduced as a brilliant "citizen extraordinaire." She is one of the people working on the re-write of the new high school text.

One of her concerns with education, particularly in higher education, is the isolation of educators from one another. She appreciates the opportunities to participate in communities, families, and friends because of a common interest (e.g., an interest in the WtP curricula). She is a firm believer in the WtP textbooks and their cross-curricular possibilities.

Introduction to the We the People Program

Note that the table of contents offers only questions, not answers. Furthermore, much of the text is questions; therefore, providing children opportunities to be empowered by asking their own questions and discovering on their own. A benefit of the program is that there is so much new material that arises from the questions within the text.

An overview of the textbook: 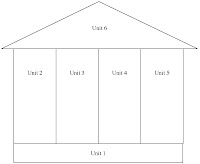 The role of the government in relation to subjects, citizens, and aliens
There needs to be an alignment between the culture/constitution and the Constitution. It is amazing that the U.S. Constitution is so stable, a form of reverence by the citizens it serves.

The Constitution never defines citizen because this was defined at the state level. The state definitions of citizens varied greatly. Some excluded populations included females, those without property, those of the "wrong religion," non-whites.

Ways of defining citizenship could relate to birth, blood/place of origin, property, residency. Countries vary their citizenship requirements; the U.S. has chosen to base citizenship on birth and naturalization.

We have had prohibitions against people of many different nations. We tend to welcome certain groups to be citizens when we need laborers, soldiers, or certain skills (e.g., scientists).

There is a unique circumstance in the U.S. that individuals are citizens of the nation as well as their state. It is uncommon for nations to have this dual-citizenship and particularly complicated for many to understand that the U.S. has executive, legislative, and judicial leadership at both the national and state levels. Because of this dual-citizenship, it is not surprising there are conflicts between laws in the states and nation. For example, the Supreme Court has ruled that medical marijuana is illegal, but several states have not respected this ruling.

Types of Government
There are over 100,000 governments in the United States. The greatest government unit impacting us individually depends on what is important to us individually (e.g., building, education, pets, sewer). For most educators, the school district has the greatest impact. The units that touch us the most are usually those that are closest to the citizen (e.g., water/electricity district, school district, transportation district, library district). Citizen's responsibilities are to know and abide by their laws, participate as a leader by serving on Boards or city commissions, vote for people and measures. Our citizens tend to gladly create governments, but sadly participate in and be willing to lead them.

Individuals can vote in all elections, but frequently less that 10% vote in elections. They can also lobby, petition, run for office, speak freely, peacefully assemble. Non-citizens can do all these activities with the exception of running for and holding office. They also may not vote in state and national elections, but many can vote in local elections.

Steps in a Satyagraha Campaign

Satyagraha means peace-making and was a creation of Ghandi (1930). It s a process of mutual persuasion and heart-changing. It is a mediation process.

We viewed the video "A Force More Powerful" published by the Southern Poverty Law Center.
This is an excellent description of the Satyagraha Campaign using the Nashville lunch counter sit-ins of 1960 as a case study. The video continues with additional case study descriptions of non-violent social action. We did not watch the remaining case studies.